This summer we returned a medical kit to Scott’s Terra Nova hut at Cape Evans following conservation. The kit and its contents were decontaminated following the breakage of a thermometer in the past. Mercury was carefully collected from inside the box several years ago, but there remained concerns that there was lingering contamination. Over the past winter, each item was tested for mercury vapour and allowed to safely off-gas under a fume hood, before being packed up and returned to the hut.

The contents of the medical kit were originally selected by Dr. Wilson, in consultation with a manager from Burroughs & Wellcome. It contained supplies including bandages, safety pins and medicines covering a wide range of ailments. Some of these are still in use today, such as Aspirin, from Bayer.

The conservation project also required the products and any potential hazards to be identified leading to some interesting results. Among the items identified included a package of ‘Cooper’s Sinapine Tissue’. This mustard infused paper was applied wet to relieve muscle strain.

A bottle of ‘Tabloid Blue Pills’ have not been identified for certain, but are likely arsenic tablets used to treat anaemia or as a general tonic. This was probably used when rations were restricted, particularly on sledging trips.

Another conundrum was a package containing a glass vial labelled ‘Hemisine’. This was a brand name for adrenalin, which was, and still is used to treat cardiac failure, or to clear blood during surgery.

Dental supplies were also included. A small bottle containing ‘Ash’s Phosphate Cement Liquid’ would have enabled tooth repairs to be made.

Conservation of the medical kit has provided greater insight into the medical history and ailments of the early explorers, and is now back in its rightful place under Dr. Wilson’s bed. 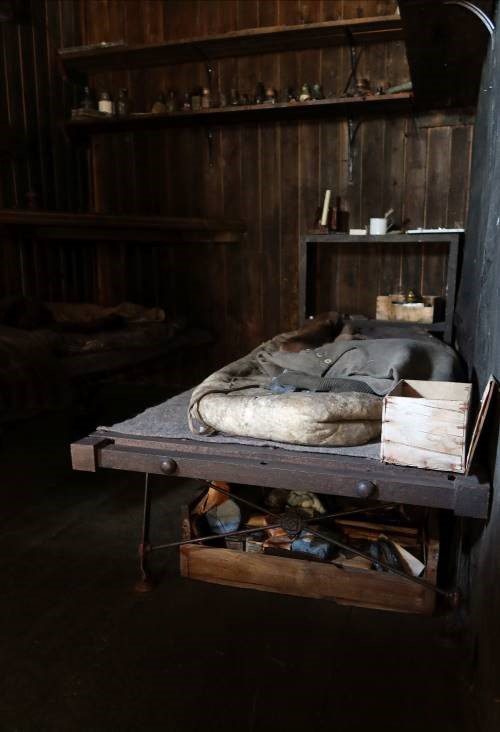 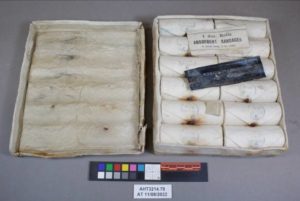 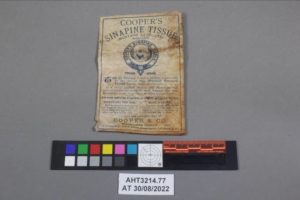