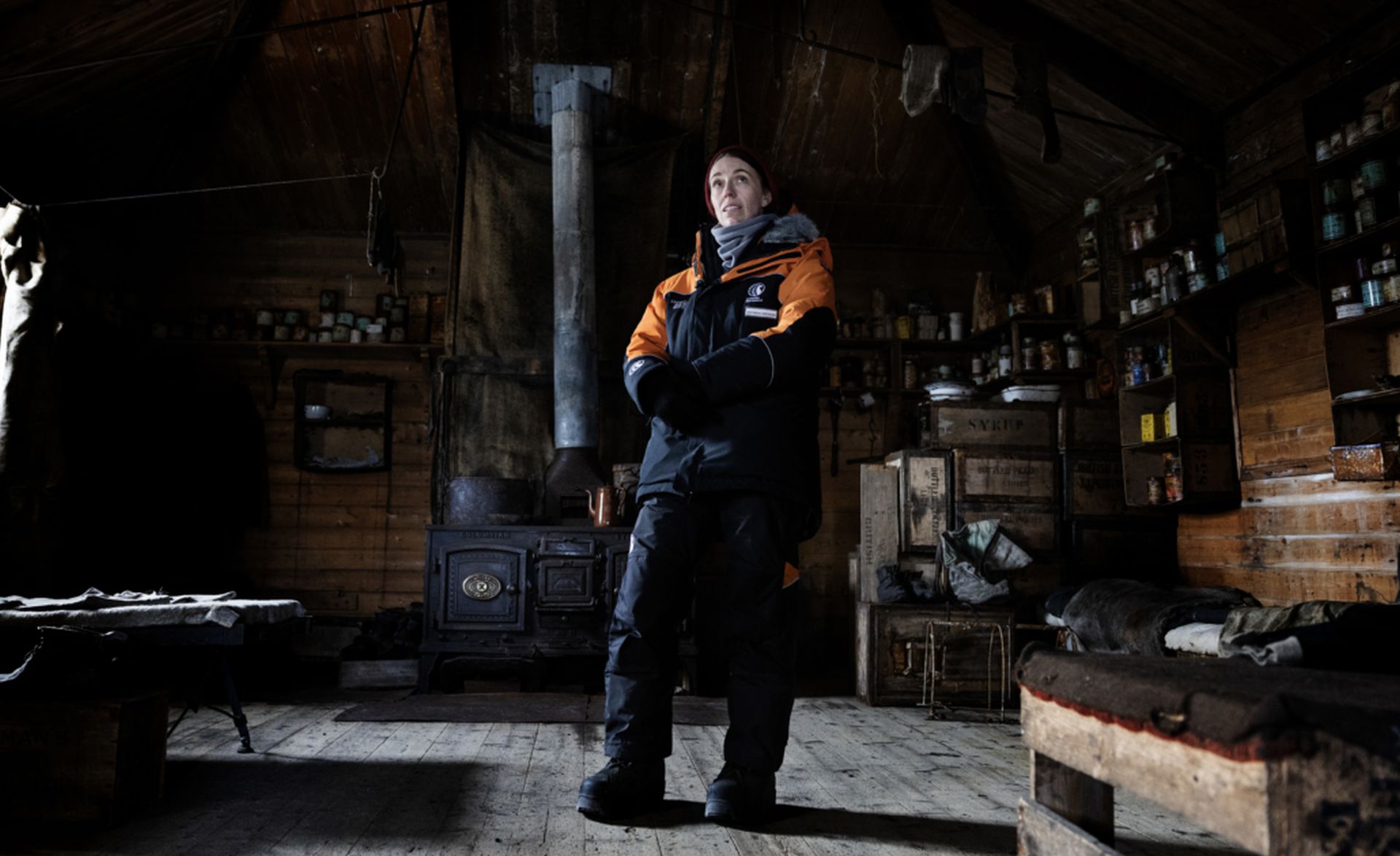 During her visit to Shackleton’s Nimrod hut, Prime Minister Ardern spoke about how her childhood hero’s name became synonymous with leadership: “You can see in the way that the [Shackleton] organised his hut, so much of what he was thinking about was how he built comradery, how he kept the team motivated… I think he knew success would come down to his ability to keep the team together in really hard times. There is a lot to take away in that.

“How do we take the modern lessons of these amazing historic explorers to the world, but particularly to our young people…I want other young people to be able to learn that and be moved by it, like I was as a 15-year-old. “I feel the weight of being one of the few people that will have the opportunity to stand here. So how do we give people the sense of standing here? That is some of the amazing work the Antarctic Heritage Trust is doing,” said Prime Minister Rt Hon Jacinda Ardern.

In 2020, Prime Minister Ardern took a virtual visit to Sir Edmund Hillary’s Antarctic hut at the launch of the Trust’s Hillary’s Hut – Antarctica Virtual Reality Experience. During her visit to Antarctica in October, Trust staff member Patrick Power, General Manager Operations and Programmes, had the pleasure of showing Prime Minister Ardern through the real Hillary’s hut, which the Trust spent more than 5700 hours carefully restoring and conserving more than 500 artefacts in time for Scott Base’s 60th anniversary in 2017. 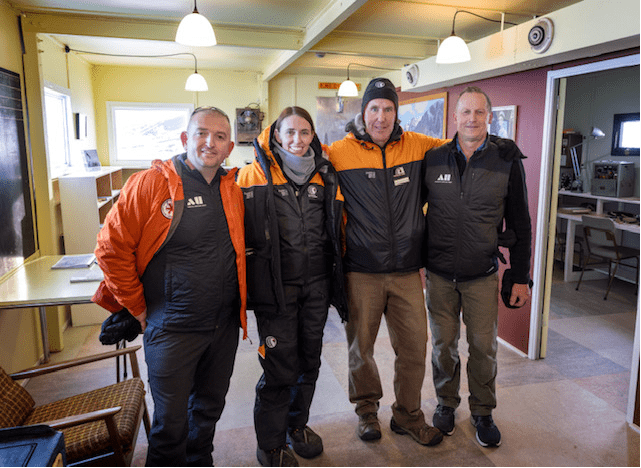