They will spend the six weeks working on a programme of maintenance and monitoring as part of our ongoing care of the sites, and return 1000 artefacts to the explorer bases that have been given stabilisation treatments by the Trust’s on-Ice Conservators over winter 2022.

The team will spend one week at Scott’s Terra Nova hut at Cape Evans, where they will repatriate a box of cocoa tins and a Shell motor spirits box donated by former United States naval Captain Dave Baker and a sledge distance meter wheel donated by Ross and Bruce Bailey.

While there, the team will also install a sump to help drain off liquid blubber from the blubber stack in the Annex as it mobilises during the warmest summer weather and repair a damaged Stevenson’s screen. They will also continue work to implement the new site archaeological guidelines developed by heritage consultant to the Trust and archaeology PhD candidate Gordon Macdonald.

At Shackleton’s Nimrod hut at Cape Royds, where the team will spend three weeks in the field, the focus will be on a permanent repair to the chimney.

During a recent visit it was found that the flue from the galley stove had become disconnected just above the roof line, most likely as a result of a southerly storm, when gale force winds regularly strike the hut. The Trust’s process to repair post-winter damage was implemented. This involved photographing and documenting the damage. This information was then sent to the Trust so that our building consultants could develop an emergency repair solution. The Trust fortuitously had a team at Scott Base at the time, preparing to deploy to Cape Adare. They were able to reach Cape Royds to undertake the emergency repair, which consisted of capping the flue stump, and safely lowering and securing the main chimney flue at ground level.

While at Cape Royds the team will continue on with last summer’s work to check the contents of the Venesta cases on the south wall, reducing moisture, and removing any deteriorated food contents. They will also replace damaged hessian on the fodder bales in the stables area.

At Scott’s Discovery hut and Hut Point Peninsula the team will continue to monitor coastal erosion in collaboration with UNAVCO. 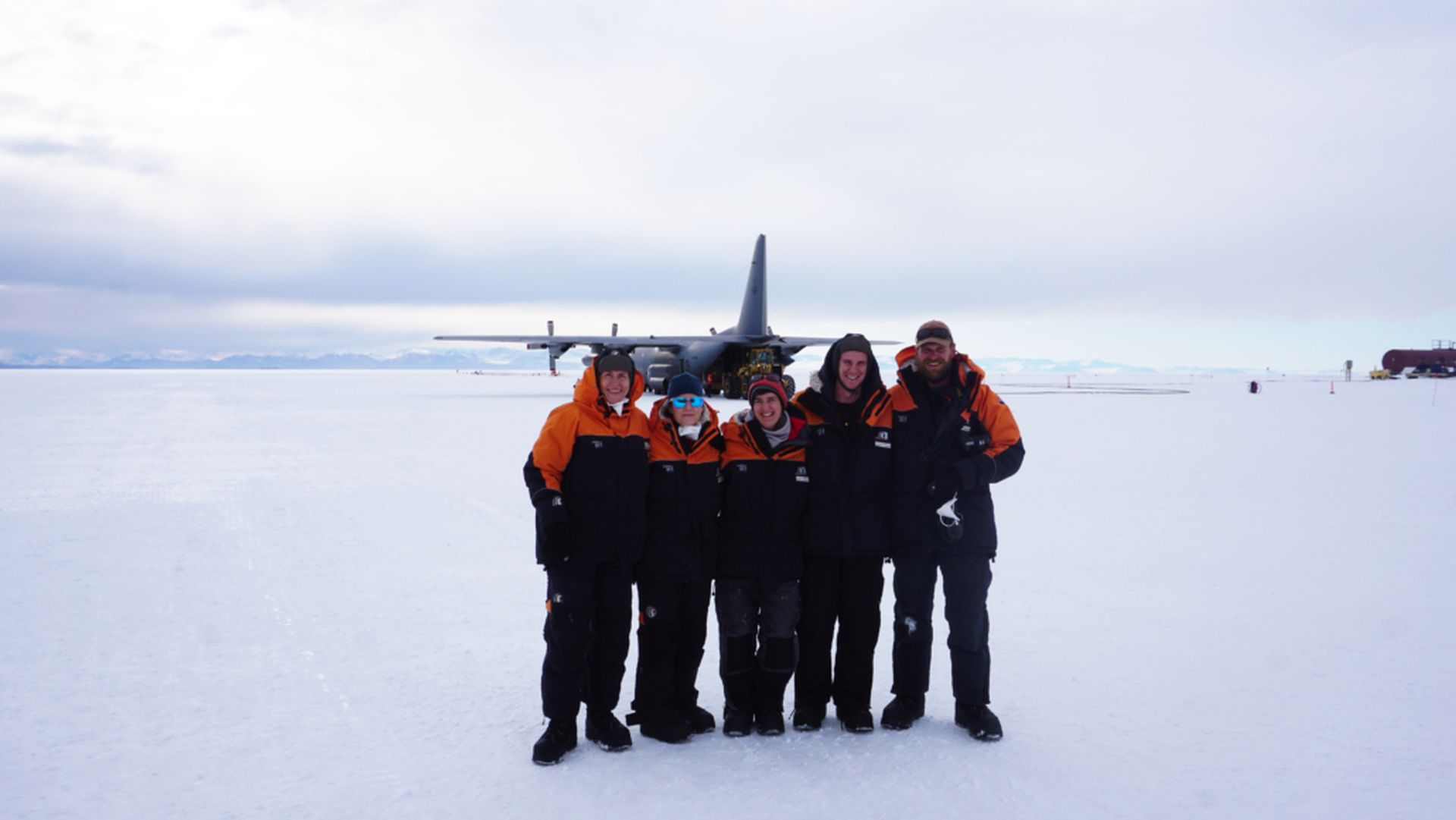